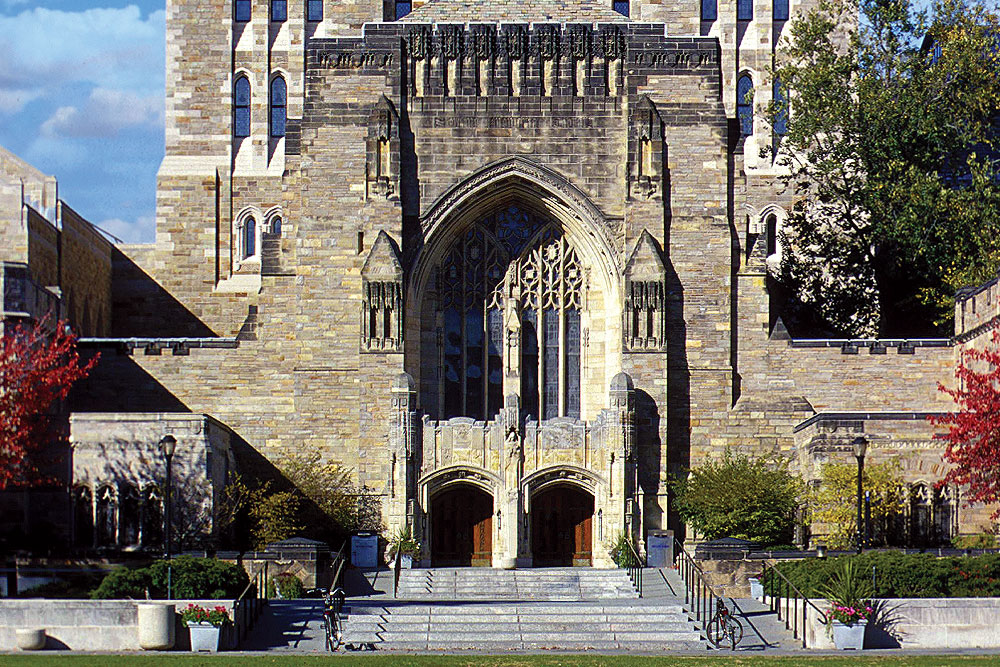 Following are the remarks of Initiative Director James Vivian in welcoming participants to the fifteenth Annual Conference of the Yale National Initiative.

This is the latest in a series of meetings Yale has held since 1983 to disseminate the Teachers Institute approach and to collaborate with school and university colleagues from around the United States. It affords an opportunity for the teachers who are current National Fellows to present curriculum units they prepared in national seminars and for all participants to discuss the Teachers Institute approach to high-quality professional development.

The National Initiative Conferences focus sharply on the work of communities that already have, or are considering, a Teachers Institute that follows the approach developed originally in New Haven. They continue the emphasis of previous conferences on school-university partnership that strengthens teaching in, and prepares rigorous curricular material for, high-need public schools.

As early as 1983 the Institute organized and Yale cosponsored with the Council of Chief State School Officers and the Carnegie Foundation for the Advancement of Teaching a national conference of the Chiefs and college and university presidents on “Excellence in Teaching: A Common Goal.” By coming to New Haven from thirty-eight states, the participants made this an unprecedented national meeting of elementary and secondary and higher education on the subject of teaching.

In 1986 the Institute organized a national conference of teachers and administrators from schools and colleges on “Strengthening Teaching through Collaboration.” Writing about the meeting in his column in The New York Times, Fred M. Hechinger said a new movement of collaboration between school teachers and university faculty members had “begun to stretch across the country, ‘subverting’ the traditional separation between school and college.”

In 2015 Yale President Peter Salovey hosted a conference on the role of Teachers Institutes in supporting and retaining teachers in high-need public schools. At his invitation presidents and representatives of colleges and universities from twenty-four states, Puerto Rico, and the District of Columbia attended the meeting where they heard case studies on the Teachers Institute approach. The conference fulfilled one of the commitments Yale had made at the 2014 White House Summit on College Opportunity where Yale recommitted, through the Teachers Institute, to strengthening teaching in high-poverty, high-minority public schools.

This year, teachers who are National Fellows from eighteen school districts in ten states and the District of Columbia, together with superintendents and other officials from their districts, are attending the Conference to report on, and plan for, the Initiative’s work locally and nationally.

Before lunch, students from Chicago, the Diné Nation, the District of Columbia, and Pittsburgh will speak about what they have learned from curriculum units developed by National Fellows. After lunch, break-out sessions will address the timeliness of the Teachers Institute approach and ways it supports teaching and learning in the humanities and in STEM fields.

The national seminars will hold reunions so that Fellows and seminar leaders can celebrate how the seminar subjects are being introduced in school classrooms. At the same time, school officials will caucus to advise us on how the Yale National Initiative can assist them by supporting and helping to retain teachers with a goal of a more equitable distribution of effective teachers.

Concluding the first day’s program, National Teacher of the Year Rodney Robinson, a three-time National Fellow, will speak about his experience in a conversation with Professor of Law James Forman, Jr., who led the national seminar in which Robinson participated last year.

In the evening, everyone will gather for a reception and dinner in the Yale Law School.

On Saturday we turn to plans for 2020: Yale faculty members will describe and answer questions about subjects of national seminars they are prepared to lead. Teams of participants from each school district and Institute then will meet to consider their plans for strengthening an existing, or developing a new, Teachers Institute and to explore other ways for disseminating the results of their experience in the National Initiative.

Over lunch school officials will report on their team meetings and on the bearing of the Conference on their work locally.

During the dinner on Friday evening, as well as the breakfasts and breaks each day, participants will have a chance to talk informally with one another.

In short, the Conference affords an opportunity to celebrate, discuss, and further develop the work we have undertaken to strengthen the quality and effectiveness of teachers, and in this way to engage and educate students in the nation’s high-poverty, high-minority public schools.