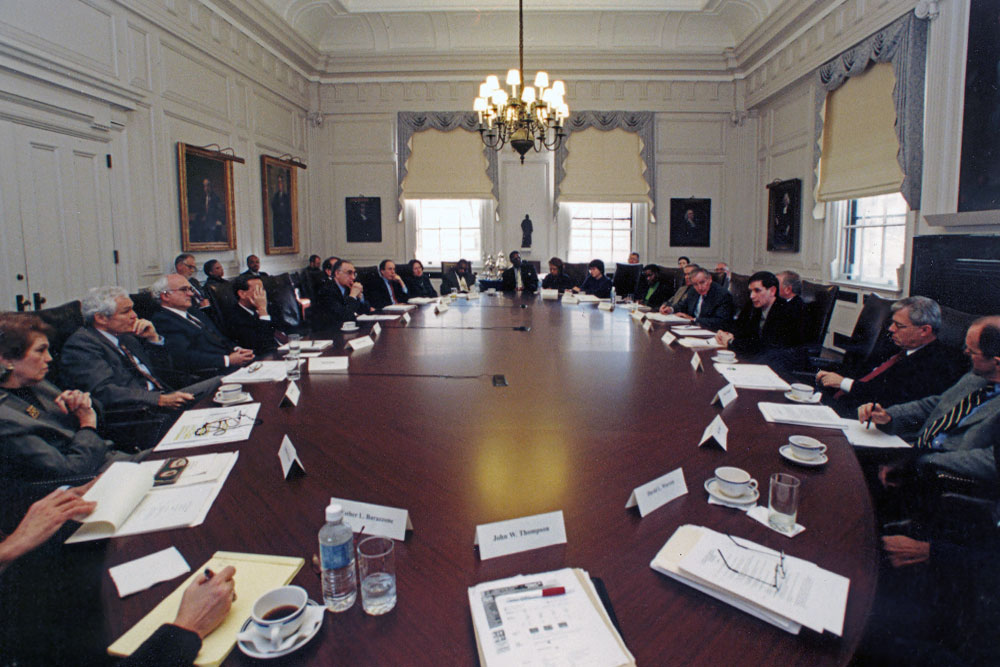 From 1985 through 2005 a National Advisory Committee, composed of Americans distinguished in the fields of education, private philanthropy, and public policy, assisted the Yale-New Haven Teachers Institute with the dissemination, evaluation, and development of its programs. The Committee provided a variety of perspectives that aided in examining what each constituency for Teachers Institutes would regard as the best evidence of their effectiveness. Subsequently many of the members continued to advise and assist the Institute individually.

As the Teachers Institute played a leading role in the national movement for university-school partnerships, the National Advisory Committee assisted in determining how it might make the most effective contribution to institutions and schools in other communities. The Committee provided seminal advice on the permanent endowment of the Institute, on the results of the National Demonstration Project, and on the goals for the Yale National Initiative to strengthen teaching in public schools. Members were invited to serve, from time to time, by the President of Yale University. All individuals who served on the Committee, and positions they held during their service, are listed below.